You are here: Home / Backpacker / Magnificent Malta – Why Malta should be your next destination 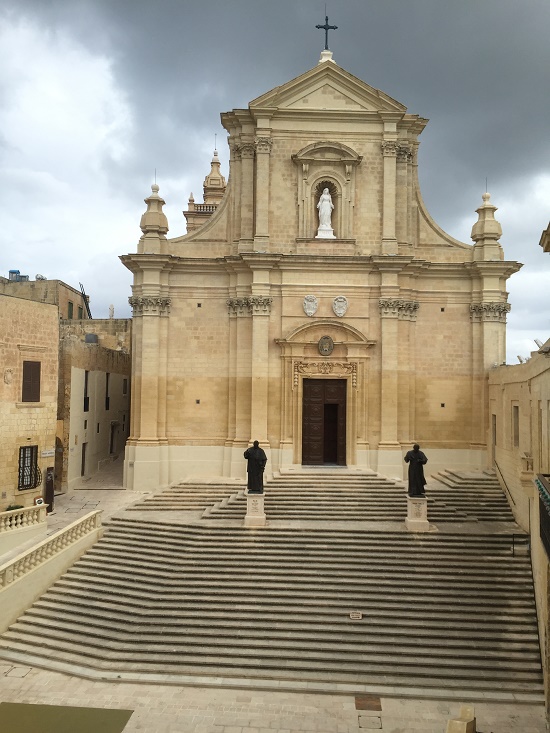 I was having a weekend in a icy Warsaw, when my dorm mate started talking about travelling from Malta. I didn’t know much about Malta, so I asked around, other than the myth of it being a British expat paradise, not many people had been. However it met all of my criteria, cheap flights(Ryanair), hostel rich, heavy public transport and it was sunnier than home in Edinburgh. So off I went to discover this mysterious island. I was not disappointed, I found a unique blend of Arabic meets Italian culture which I have never came across in my life. 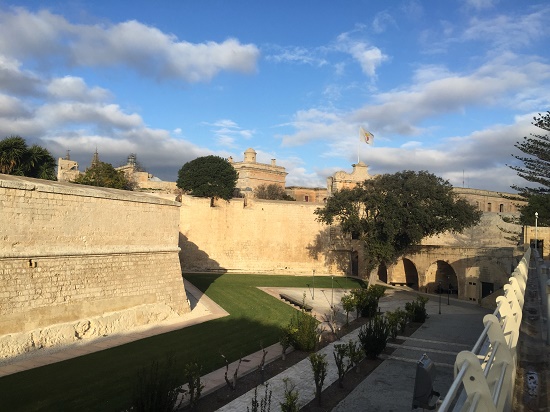 When to go to Malta?

Due to the cheap flights, I was persuaded to go in January, however on arriving, I was told by hostel staff, that this was the quiet month. The main season for activities and travel is obviously the peak months between May to August, however the weather is more than inviting in the early months, with its mid teen degree temperatures. 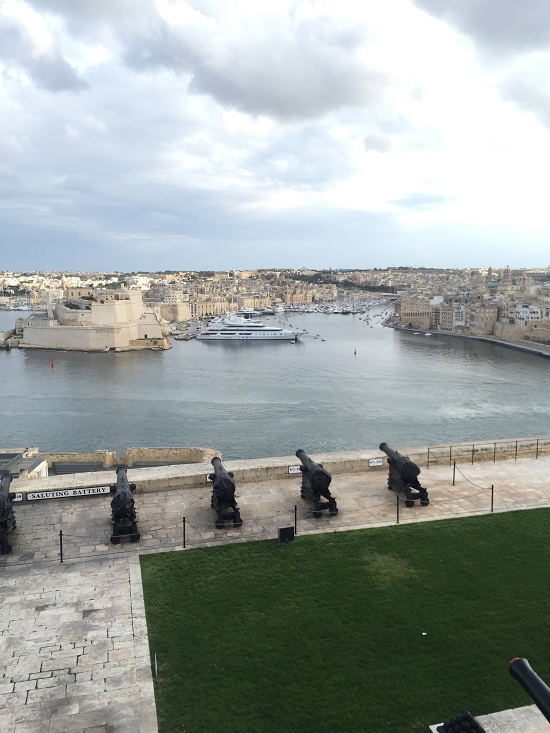 Where to stay in Malta?

I found this was the hardest decision of my trip, you really only have three options when it comes to hostels. However if you are not restricted to hostels, I would recommend looking at accommodation in the main city Valletta. 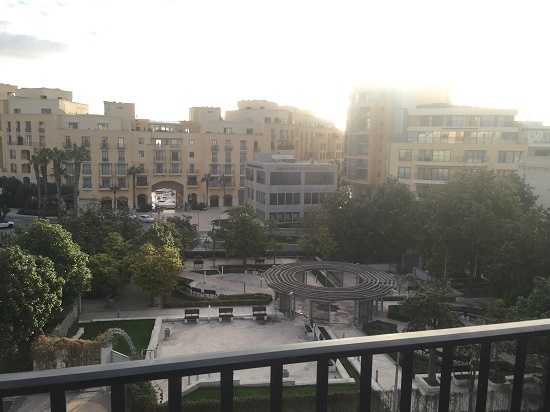 View From Hostel in Malta

Sliema, considered the most modern area with public transport good access, dotted around the rocky bay beaches with hotels, bars and restaurants. St Julians and Paceville, considered the nightlife capital of Malta populated with bars and clubs along with modern shops and food outlets however not very close to beaches. This was my choice, where I stayed at the new Marco Polo Hostel. Gozo Island, believe it or not Malta’s smaller sister Island has a hostel (Santa Martha).

What to do in Malta? 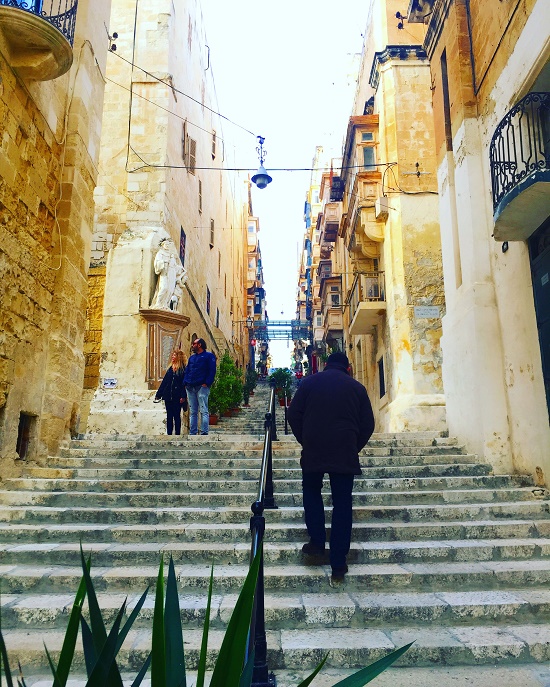 • Visit Valletta, Malta’s beautiful yet small capital. Now Valletta reminded me of Rome, the yellow sandstone buildings which has been influenced heavily by Catholicism. Simply walking around the streets and restaurants itself will immerse yourself in all things Maltese.

• Take a day trip to Gozo, I personally visited its largest town, Victoria and its magnificent citadel, however it is better to go in the earlier hours of the day as it does get busy believe it or not.

• Get the bus or drive to Mdina. This may have been the highlight of Malta for myself. Mdina is a walled medevil fortress which is simply breathtaking.

• Unfortunately due to the weather I was unable to get the ferry to Comino island, which hosts the famous Blue Lagoon, however many have since recommended this.

• Finally a tour of the Ħaġar Qim temples and Blue Grotto, which can be done in the same day, yet again the weather limited my visit but I was able to go. 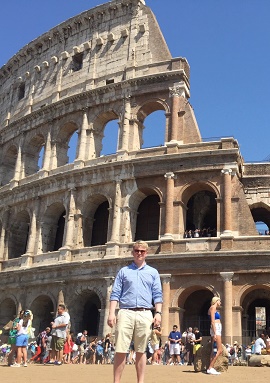 As a student in International Politics, Gareth has researched many cultures and cities while traveling extensively in his spare time on budget and cheap breaks, reaching to around 50 odd countries with a particular interest in street photography and locals. Gareth’s photography and travels have allowed him to develop a greater understanding of countries with culture, his consistent and frequent backpacking trips have allowed him to explore amazing parts of the world in short real time constraints while learning the tips and tricks to city breaks and sightseeing musts.

Caravan holidays are making a comeback. With the cost of holidays rising, this cheaper alternative is a cost-effective and flexible option for an impromptu weekend getaway. Whatever your age the … END_OF_DOCUMENT_TOKEN_TO_BE_REPLACED

Essential Items for Your Hiking Backpack (Infographic) A well-packed backpack is a key factor in making sure your hike is comfortable, safe and enjoyable. Learn more about how to pack your hiking … END_OF_DOCUMENT_TOKEN_TO_BE_REPLACED

Whether you’re traveling to a local city near your home or across the globe, science shows that traveling can positively influence mental health. In fact, a study by Harris Group found that 72 percent … END_OF_DOCUMENT_TOKEN_TO_BE_REPLACED

I stand above the ocean at Sky Road’s summit and look out over the islands, where folktales say mermaids sit and sing and comb their hair. A group of French tourists laugh amongst themselves. There’s … END_OF_DOCUMENT_TOKEN_TO_BE_REPLACED

It all started with a dream and a decision to let go and trust life. I stumbled upon an image of Taktsang Monastery or Tiger Nest last year but honestly never thought I’d make it to Bhutan. In a … END_OF_DOCUMENT_TOKEN_TO_BE_REPLACED

Essential Items for Your Hiking Backpack (Infographic) A well-packed backpack is a key factor in making sure your hike is comfortable, safe and enjoyable. Learn more about how to pack your hiking … END_OF_DOCUMENT_TOKEN_TO_BE_REPLACED

Doing thing solo, especially hiking solo, is one of the best ways to improve the independence and personal skills. Of course, hiking alone in the wilderness has its risks. Yet, there is no reason … END_OF_DOCUMENT_TOKEN_TO_BE_REPLACED

After a year and a half of one bag travel, I caught the backpack bug—big time. So much so that I started my own website, packhacker.com, where my team and I review backpacks and other gear with a … END_OF_DOCUMENT_TOKEN_TO_BE_REPLACED