You are here: Home / Asia / Travel Tips for Your First “Intense” Vacation – Part 1 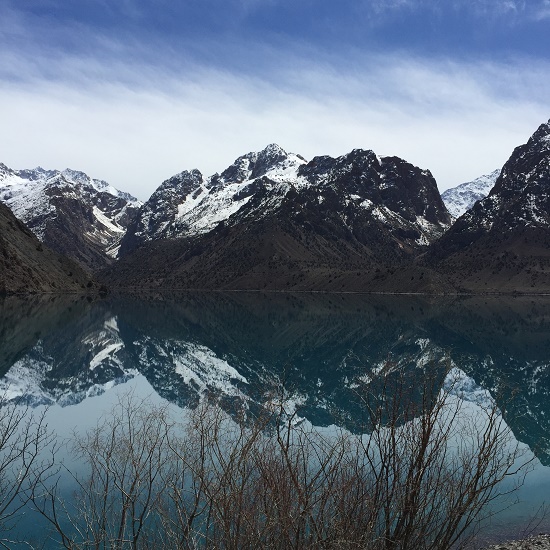 So, you’re a world traveler. You’ve spent your time in the cultural capitals of Europe and experienced the diversity of the U.S. You’ve been to the touristy islands in the Caribbean or Mediterranean and gone for business to one of the mega-cities of Asia. Maybe you’ve slummed it backpacking in Latin America or Southeast Asia and felt adventurous glamping (glamorous camping) on safari in Africa.

Now you’re ready for a “real” trip. You want to explore, to be challenged! But where should you go?

What is that next level?

Let me give you some options in this three part series:

Many people have a silly notion that anywhere that ends in “-stan” must be a dangerous terrorist infested place. This is absolutely NOT true! Central Asia offers some of the most fascinating cultures, yummy foods, and awe-inspiring vistas on the globe. It is always my top recommendation when someone asks me where to go next. 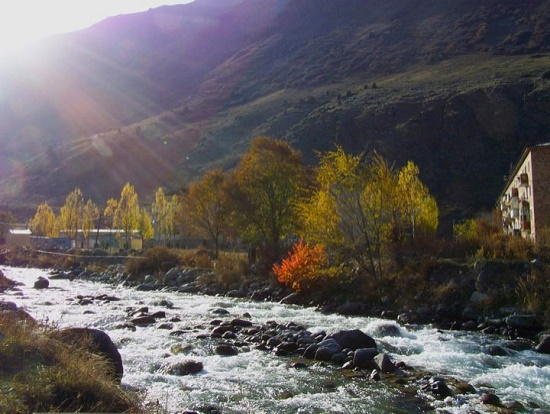 Central Asia can mean many things, from the seven countries ending in “Stan” to parts of Russia, Mongolia, and even Iran. When I recommend a trip to Central Asia, I usually am referring to Kazakhstan, Uzbeistan, Tajikistan, and Kyryzstan. These all are safe nations that despite being rarely visited, have quite the infrastructure to support an independent trip (i.e not with a tour company, though there are many of those options as well).
Each of these countries is quite different and have their own attractive aspects: 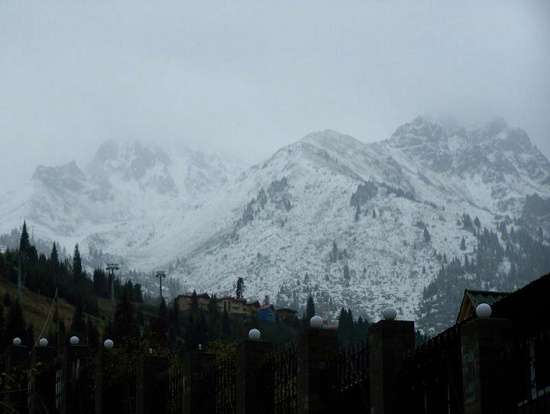 An enormous country with a couple modern cities (Almaty, Astana) and some truly breathtaking scenery. You can easily split a week there combining the luxury of fine dining and the high arts, with time in nature, going for long hikes and horse treks or skiing in the mountains. My favorite is a day at Charyn canyon, the second biggest in the world following Arizona’s Grand Canyon. 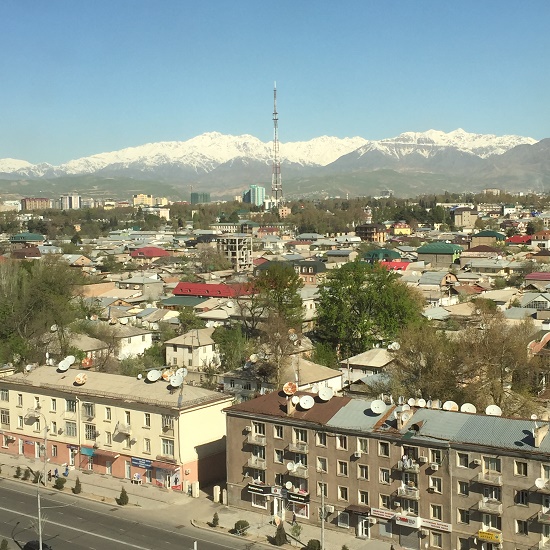 More than 95% of this country is mountainous, including the famed Pamir trail, which gives stunning views on its frighteningly winding turns over steep precipes. The capital, Dushanbe, is something of a show city, with wide boulevards, impressive monuments, and the world’s second tallest flag pole. We hired a car to explore unmatchable beauty of Iskanderkul a high altitude lake named after Alexander the Great. 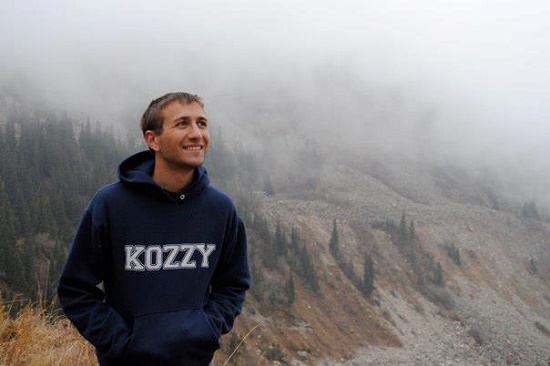 The least developed of the Stans, this means less infrastructure but also more “real” experiences. I stayed a few days in a yurt in the capital, Bishkek and took day trips out to Burana Tower and Ala-Archa Park. For me, this was the most difficult to navigate in terms of language, but felt the most authentic in terms of what we saw and ate. 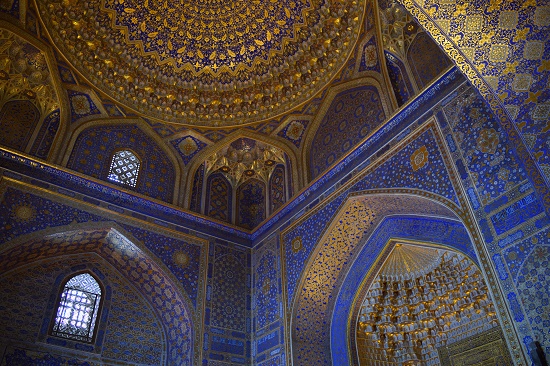 The most Persian influenced of the Stans, the old cities of Bukhara, Khiva, and Samarkand were vitally important on the Silk Road and have some of the most impressive ancient architecture in the world. For the history buff, these are must-see destinations in a country known for genuine hospitality. 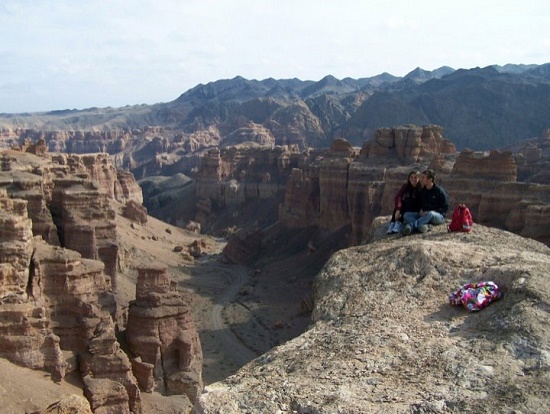 Depending on the amount of time you have, I’d recommend an overland journey here, hitting a few countries along the way. You can do this largely by train or bus, though I’ve met a few cyclists along the way! Going overland allows you to best understand the diversity in terms of culture and nature. If you do not have the time, then Uzbekistan with its historical old towns would be my recommendation for a 1-week trip, with Tajikistan a close second because of its nature. All of these places can get cold, so make sure you go in the summer or be prepared to bundle up!

What to watch out for? 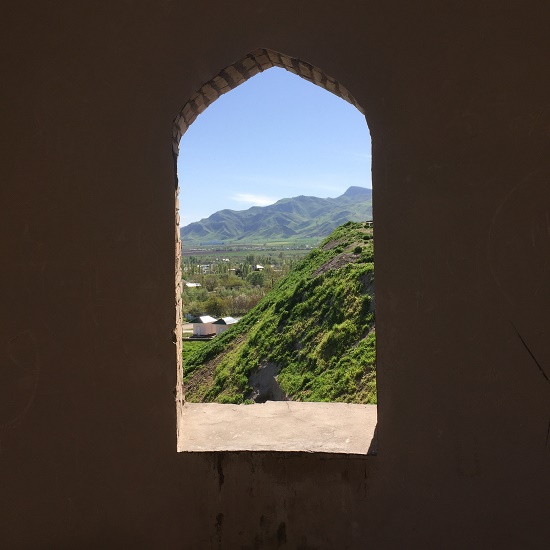 There are some issues when visiting Central Asia, but nothing too heavy to deter a trip

• Language: The main issue for a traveler in Central Asia is language. Each country has its own unique language, though within all of them you can find lots of Russian speaker. So, if you speak Russian, this is easier. An added difficulty is that the alphabet (Cyrillic) is also different, so things like reading train schedules, ordering on menus, or deciphering road signs can be difficult.

• Visas: Visas in this region are getting increasingly easy for all passport holders. Currently, Kazakhstan and Kyrgyzstan are visa on arrival for most Western passports, Tajikistan has launched a new e-visa for arrival. Only for Uzbekistan must you visit an embassy, but the process is relatively simple and straightforward

• Corruption: In most of these countries there is a mild occurrence of police corruption, usually in the mode of asking for bribes at traffic stops. As a foreigner this shouldn’t affect you too severely as any driver will likely pay the fee (basically an informal tax) for you. Of course, it is something to be aware of and prepared for. In my three visits to the region, I’ve been asked for a bribe only once, after some clever hesitation and deferring, we didn’t pay. The other bit of corruption to look out for is the sever black market exchange rate in Uzbekistan which is 2x the bank rate. Keep in mind though that any conversion on the black market is illegal.

Those are my tips for your first “intense” vacation. Stay tuned to part two where I share tips on tackling East Africa by bus. 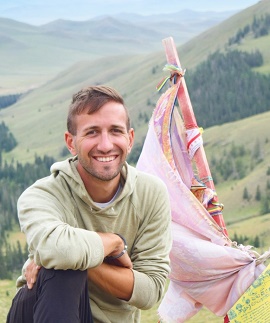 Sal Lavallo is a learner, an understander; a curious individual who is dedicated to exploring the roles that gender, race, class, religion and others play in people’s lives, as well as understanding the political, economic and societal structures that are present in each and every country in our diverse world. Exploring the globe is not enough, to truly know the world, you must dedicate yourself to understanding it. Sal has also founded a small NGO named Trail of Seeds. This organization promoted Culturally Inclusive Development, the idea that not just general economic indicators, but a community specific understanding of quality of life was key to true development. With Trail of Seeds, Lavallo led projects and workshops and disbursed micro-grants in Tanzania, Venezuela, Brazil, Israel and St Kitts.

Caravan holidays are making a comeback. With the cost of holidays rising, this cheaper alternative is a cost-effective and flexible option for an impromptu weekend getaway. Whatever your age the … END_OF_DOCUMENT_TOKEN_TO_BE_REPLACED

Essential Items for Your Hiking Backpack (Infographic) A well-packed backpack is a key factor in making sure your hike is comfortable, safe and enjoyable. Learn more about how to pack your hiking … END_OF_DOCUMENT_TOKEN_TO_BE_REPLACED

Whether you’re traveling to a local city near your home or across the globe, science shows that traveling can positively influence mental health. In fact, a study by Harris Group found that 72 percent … END_OF_DOCUMENT_TOKEN_TO_BE_REPLACED

I stand above the ocean at Sky Road’s summit and look out over the islands, where folktales say mermaids sit and sing and comb their hair. A group of French tourists laugh amongst themselves. There’s … END_OF_DOCUMENT_TOKEN_TO_BE_REPLACED

It all started with a dream and a decision to let go and trust life. I stumbled upon an image of Taktsang Monastery or Tiger Nest last year but honestly never thought I’d make it to Bhutan. In a … END_OF_DOCUMENT_TOKEN_TO_BE_REPLACED

Essential Items for Your Hiking Backpack (Infographic) A well-packed backpack is a key factor in making sure your hike is comfortable, safe and enjoyable. Learn more about how to pack your hiking … END_OF_DOCUMENT_TOKEN_TO_BE_REPLACED

Doing thing solo, especially hiking solo, is one of the best ways to improve the independence and personal skills. Of course, hiking alone in the wilderness has its risks. Yet, there is no reason … END_OF_DOCUMENT_TOKEN_TO_BE_REPLACED

After a year and a half of one bag travel, I caught the backpack bug—big time. So much so that I started my own website, packhacker.com, where my team and I review backpacks and other gear with a … END_OF_DOCUMENT_TOKEN_TO_BE_REPLACED