You are here: Home / Backpacker / My Exciting Fishing Trip in Croatia 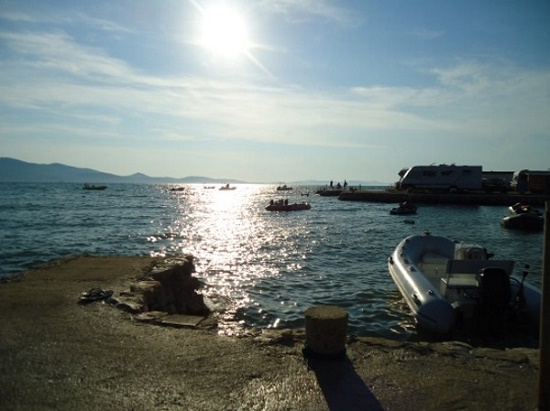 This is my story of a summer vacation in Croatia last year. Me, my girlfriend and parents went to a place where my father had a small camper house. We took a long vacation and experienced a lot of new and great things which I will tell you in this article.

I will tell you how we catch fish, cook delicious dinners and how we spend a great time exploring the sea. I invite you to read on.

I come from Slovenia which is a neighbor country of Croatia. Croatians are known for beautiful blue sea and cities. Its capital is Zagreb which has a rich architectural and cultural legacy. They speak the Croatian language. The most income comes from the south where tourism is well developed.

Me and my girlfriend came to my parents with a car. It was a sunny day and we were a little tired from the ride. First, we unpacked our things and sit on the terrace. We had the most beautiful view since father have his house in the first row in the camp, close to the sea.

The auto camp is called Tamaris. The camp has two stars and can accommodate 70 guests. There were small prefabricated houses, trailers, and tents that look like a cabin where people stayed. It is a smaller camp that develops fast. The people there are trying to take care of the beach so the tourists can enjoy the comfort.

I don’t like much crowd so this was a perfect place for spending my vacation. Are you ready to hear what we did for fun?

My father is full of new ideas and enthusiastic about doing fun things. The second day we went to a boat that my father owns and went fishing. We took some fishing rods, a net and a food container for fishes.

The sea is so clean there that you can see animals underneath the water surface. We stopped at the famous Croatian island named Galesnjak or The Island of love (Otok ljubavi). It has the shape of the heart and is not populated. Lovers like it since they can have some privacy. 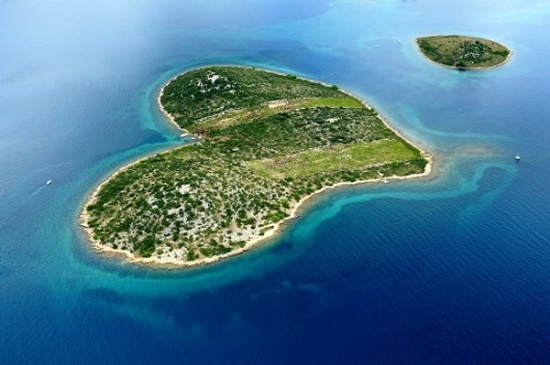 We start catching fish with a fishing rod. We didn’t have many results as in later days when we had more luck. However, that day was one of the best since we learned a technique that is good enough to catch picarels. They are small European marine fish that are a healthy and delicious snack.

So how did we catch them? We developed a technique that you can also use if you are enjoying in the sea with other people. You should get a net that isn’t too small but still easy to pull it up when you will have too.

You will need masks and snorkels or you can do it without them. The method is called gathering the fish. You and your friends will find a fish group of picarels. One of the team members will try to lead them to the shore because they are easier to catch in the shallows. Give them space to swim to the shore and be patient.

When they are close enough to the shore slowly close the space around them by swimming underneath the water. The goal is to lead them to the net that a person is holding. I should warn you that they can get scared and get away so be patient when closing the circle.

Some fish will lead the group. When first fish will be inside the net use your hands to scare the group to the net. That’s it. The result depends on your patience and movement. Use legs to stop their movement or even a stick if fish try to escape.

A gilt-head bream (named Orada or Zlatobrov in Croatia) has delicious meat and has a high value among fishermen. We stopped close to the Love Island. The best time to catch gilt-head breams is before the storm as we did.

My girlfriend isn’t enthusiastic about this sport but she was fishing too. She was the first who caught this fish. It happened very fast. The fish was pulling hard and she knew that this isn’t a small fish. She managed to pull the fish out and she was amazed how big the fish was. We used picarels to catch bigger fish and it was a good choice.

This is a picture of our dinner. A gilt-head bream is the best fish that I ever ate until that day. I should mention that we also catch cuttlefish, greater weever, and garfish. 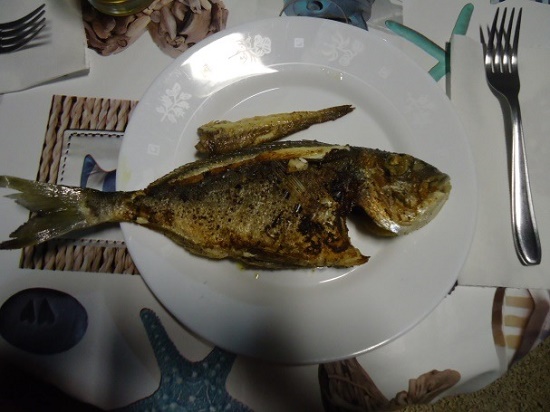 No time for boredom

I didn’t know how my vacation will look like but it was great. I was never bored or without new ideas since the adventure was waiting for us. We were fishing throughout the day, swimming and enjoying ourselves.

When we came at the camp we prepared a dinner of the fish we caught. People who pass by were looking at our table. I saw how they would love to sit with us and try the fish as the smell of dinner was tempting.

I invite you to spend the holidays in Croatia since they have enough camps that you can choose from. I am sure you will enjoy and also catch some nice fish for dinner or lunch. 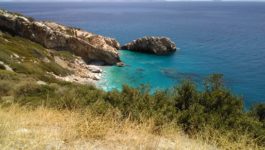 Caravan holidays are making a comeback. With the cost of holidays rising, this cheaper alternative is a cost-effective and flexible option for an impromptu weekend getaway. Whatever your age the … END_OF_DOCUMENT_TOKEN_TO_BE_REPLACED

Essential Items for Your Hiking Backpack (Infographic) A well-packed backpack is a key factor in making sure your hike is comfortable, safe and enjoyable. Learn more about how to pack your hiking … END_OF_DOCUMENT_TOKEN_TO_BE_REPLACED

Whether you’re traveling to a local city near your home or across the globe, science shows that traveling can positively influence mental health. In fact, a study by Harris Group found that 72 percent … END_OF_DOCUMENT_TOKEN_TO_BE_REPLACED

I stand above the ocean at Sky Road’s summit and look out over the islands, where folktales say mermaids sit and sing and comb their hair. A group of French tourists laugh amongst themselves. There’s … END_OF_DOCUMENT_TOKEN_TO_BE_REPLACED

It all started with a dream and a decision to let go and trust life. I stumbled upon an image of Taktsang Monastery or Tiger Nest last year but honestly never thought I’d make it to Bhutan. In a … END_OF_DOCUMENT_TOKEN_TO_BE_REPLACED

Essential Items for Your Hiking Backpack (Infographic) A well-packed backpack is a key factor in making sure your hike is comfortable, safe and enjoyable. Learn more about how to pack your hiking … END_OF_DOCUMENT_TOKEN_TO_BE_REPLACED

Doing thing solo, especially hiking solo, is one of the best ways to improve the independence and personal skills. Of course, hiking alone in the wilderness has its risks. Yet, there is no reason … END_OF_DOCUMENT_TOKEN_TO_BE_REPLACED

After a year and a half of one bag travel, I caught the backpack bug—big time. So much so that I started my own website, packhacker.com, where my team and I review backpacks and other gear with a … END_OF_DOCUMENT_TOKEN_TO_BE_REPLACED